The founding of Wilhelmshaven 1869 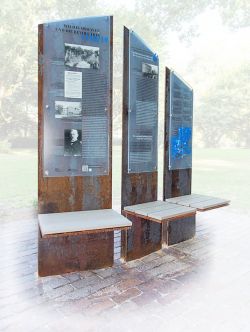 The 19th century is marked by Prussia’s striving for supremacy in the matter of Germany’s becoming a nation-state. In order to reinforce its position of power, it is the goal of continentally-oriented Prussia to establish a military port on the North Sea coast. The protected Jade Bay is chosen as location. In 1853, in the Jade Agreement, Prussia acquires land for establishing a naval base from the Grand Duchy of Oldenburg. Work begins in 1856. Using thousands of workers, by 1869, the shipyard basin, a connecting canal, and a sea lock come into being. The Jade Agreement does not foresee the founding of a city. Nonetheless, a naval garrison comes into being by virtue of the stationing of Prussian military personnel and functionaries. Together with the workers, it constitutes the nucleus of the city of Wilhelmshaven.

On 17 June 1869, the ceremonial inauguration of the newly created Prussian port and shipyard facilities on the Jade took place and the port was baptized "Wilhelmshaven" in honor of the Prussian King Wilhelm I (1797–1888). On the same day, the laying of the cornerstone for the Elisabethkirche also took place. Today, the church is known as the Christus- und Garnisonkirche. The city's baptismal certificate was placed into the cornerstone. 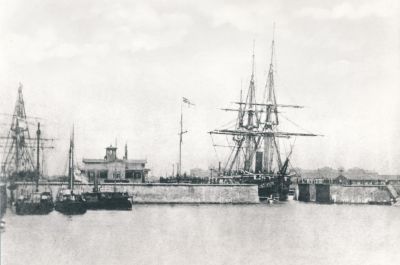 Stele at the pier of the former second port entrance 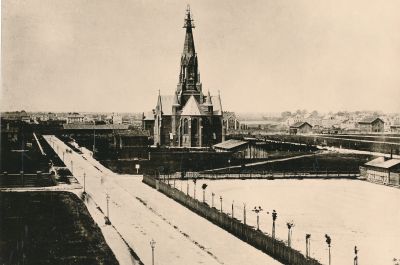 Laying the Cornerstone for the Elisabethkirche After the naming ceremony at the entrance to the port and a subsequent tour of the emerging shipyard facilities, the ...