The Soldiers’ Council and the Election of the Council of 21

On November 6th, after demonstration marches, ombudsmen are elected in the barracks and on the ships. In the evening, these delegates, well over 200 of them, convene in the “Parkhaus” restaurant as a soldiers’ council. Out of this assembly there arises the Council of 21, an executive body named after the planned number of members. A further two members join as representatives of the workers. At times, the Council is made up of as many as 40 people.

Heading the Council of 21 is a Committee of Five under the leadership of Stoker First Class Bernhard Kuhnt (1876–1946). Kuhnt has previous experience in politics having been Secretary of the Social Democrats in Chemnitz before the war. The Council of 21 takes over control of all important spheres of life, stripping the government and naval authorities of power. For a while it also claims administrative rights over the whole of Oldenburg-Ostfriesland. But effectively, until its dissolution in February 1919, the Council of 21’s power remains confined to Wilhelmshaven.

Innkeeper Karl Stöltje builds the “Parkhaus” on Mittelweg in the Resort Gardens in 1908. Even before that a barn on the site is used for functions. The new restaurant has several small and large halls and a coffee garden. Its entrance is decorated by four massive stone pillars. Theatre performances, concerts and dance events soon make the “Parkhaus” one of the social hubs of the city. In 1942, during World War II, the “Parkhaus” is demolished after suffering severe bomb damage. After the war, the area is used by the Labour Exchange. Today’s roller skating rink dates from 1966. 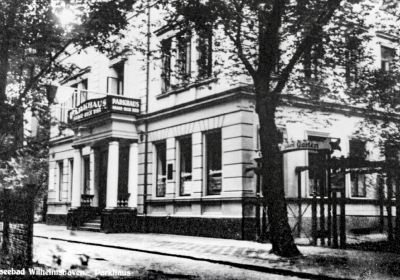 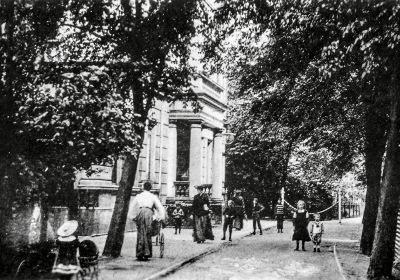 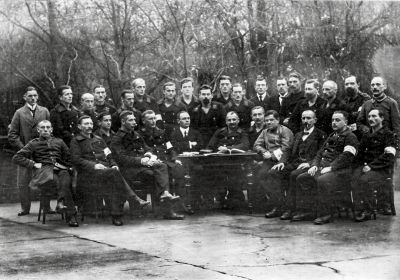