The Election of the Wilhelmshaven Workers’ Council

On the morning of November 7th, a mass rally with tens of thousands of sailors and workers takes place on the main parade ground. After the announcement of the Workers’ and Soldiers’ Councils’ first resolutions there follows a vote on a motion calling for world peace and the abolition of the monarchy. It is upheld by the participants. Thus, compared to those of the previous day, the goals of the movement have expanded and have become politicized.

The main parade ground extends northeast of the dockyard alongside the barracks, built in the 1880s. Drill remains an invariable and universal training component even during the war years. It is one of the least popular duties, especially as it is often used for disciplinary purposes. In 1938, work on the “Nordwerft” (Northern Shipyard) begins, a substantial expansion of shipbuilding capacity, which is due to remain uncompleted owing to World War II.

The Siege of the 1000-man Barracks

The left-wing forces in Wilhelmshaven radicalize after failed attempts to gain control of the Council of 21 and the disappointing outcome of the National Assembly elections. On January 27th, 1919 the communists attempt a coup. They occupy parts of the city and rob the “Reichsbank”. A “Revolutionary Committee” proclaims Wilhelmshaven a soviet republic. The townspeople close ranks against the coup, which thus comes to nothing.

The putschists entrench themselves in the 1000-Man-Barracks. On January 28th, a volunteer corps of professional soldiers attacks the barracks and compels the occupying forces to surrender. In exchanges of fire eight people are killed and 46 wounded. The volunteers form themselves into the “Ehrhardt Marine-Brigade”, which is deployed against uprisings all over Germany. As a result of the coup the Council of 21 loses its position of power. With its dissolution on February 21th, Wilhelmshaven is once again under government control.

North of the dockyard, construction of the newly-built 1000-Man-Barracks is completed in 1888 for the 2nd Seebataillon (Marines) and the 2nd Matrosenartillerieabteilung (2nd Naval Artillery Division). With a facade almost 180 m in length, it is considered at the time the largest and most modern barracks in Germany. The U-shape of the barracks block is relieved in the middle and at the corners by four-storey buildings with functional rooms and stairwells. The barracks building, which after World War II is put to use as an emergency shelter, is demolished in 1977 to make way for new port logistic zones. 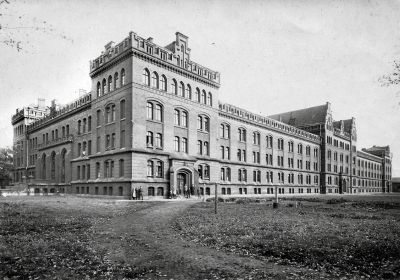 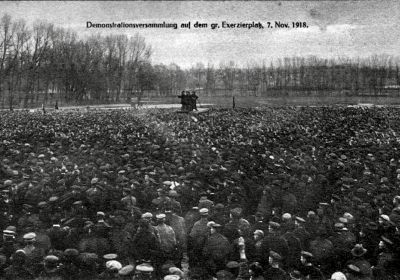 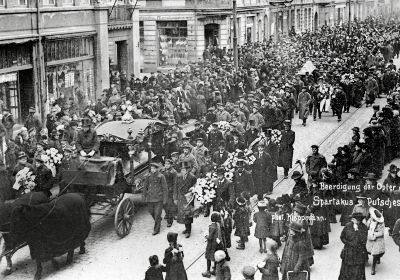