The January Riots in Wilhelmshaven

Following initial successes, increasingly political differences are emerging in the Revolutionary Movement. Social Democrats and Communists are at odds over the question of the reconstitution. While some are demanding a National Assembly, others argue for a Council System. On January 5th in Berlin’s “newspaper area” it comes to blows. On January 11th in the course of the so-called Spartacist uprising (Spartakusaufstand), armed communists seized the building of the “Wilhelmshavener Zeitung” newspaper, in order to publish their own journal during the election campaign. This aggressive course of action awakens resistance. Professional soldiers take over key buildings. They call upon the communists to disarm and demand representation in the Council of 21. The next few days see various social groups demonstrating in support of either the communists or the army. After the National Assembly elections of January 19, the situation deteriorates. Defeated in the polls, the Council of 21 representatives in the USPD, the left-wing of the socialdemocrats, radicalize and take over communist positions.

The Newspaper Office of the “Wilhelmshavener Zeitung“

At the time of the 1918–19 Revolution, the office of the “Wilhelmshavener Zeitung” newspaper is located at the corner of Parkstraße and Marktstraße. The building no longer exists. Printed material such as newspapers, posters and leaflets enable a rapid dissemination of information. In an early move, on January 8th, the Council of 21 seizes the “Wilhelmshavener Tageblatt” newspaper in order to publish it as a newspaper of the independent social democrats in the run-up to the National Assembly elections. 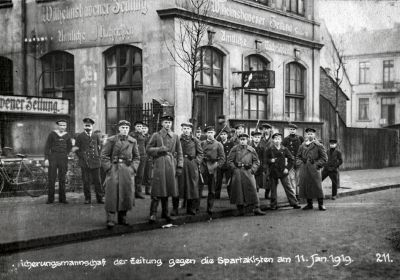 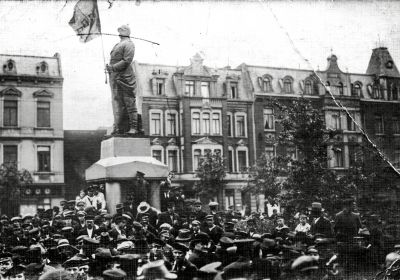 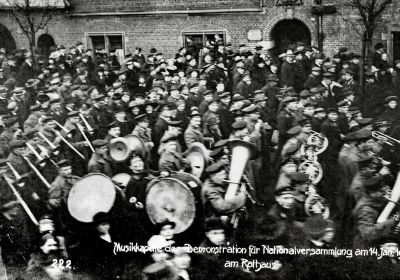