It is not long before the Council of 21 moves its seat from the “Parkhaus” to the officers’ casino. Its first decisions include taking over key facilities to bring the city under its control. Supported by the workers and soldiers, the railway station, post office and telegraph office are occupied on November 7th, firearms are confiscated and law-enforcement units are established. A military-like organization structure is created, which enables the council to take over all administrative tasks and which strengthens its position and control function.

The representatives of the workers and soldiers decide on broadly adopting the Kiel demands, known as the 14 points. The 12th point of this catalogue requires officers to join the revolution or to resign from military service without entitlement to benefits. Many officers are worried about their future and found an organization named “Marine-Offizier-Hilfe” (Naval Officer Support) for job placement and mutual aid in Wilhelmshaven. Even today, the “Marine-Offizier-Hilfe” still forms part of the “Marine- Offizier-Vereinigung” (Association of Naval Officers).

The Naval Officers’ Casino is completed in 1903 at the southeastern corner of the “Resort Gardens”. The design is by Karl Hinckeldeyn (1847–1927), the architect at the “Hofbauabteilung” (Court Building Department) of the Prussian Ministry Public Works. The monumental and prestigious building has extremely luxurious and modern fixtures and its own private park area. The centrepiece of the Officers’ Casino is the two-story Main Hall, which is decorated with paintings by the famous naval painter Willy Stöwer (1864–1931). Struck by bombs in World War II, the building is later demolished. 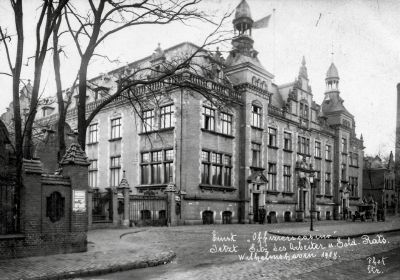 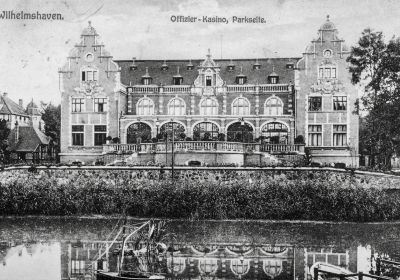 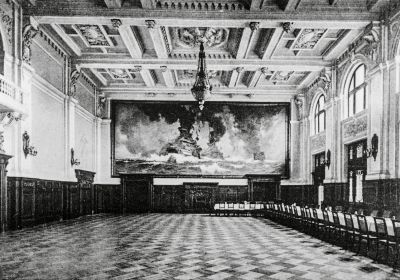