6.11.1918
Freeing of arrested mutineers.
Crews of Torpedo boats declare their solidarity but not initially join in the marches.

On November 6 1918 the mutineers are freed

After the insubordination on the capital ships, the mutineers are placed under arrest. In Kiel and Wilhelmshaven urgent demands are made for their release. The first are freed while the negotiations proceedings are taking place in the naval station. However, most of the imprisoned mutineers were already taken away by train in the morning.

The significance of the release of imprisoned sailors is rooted in events that occurred in the High Seas Fleet in 1917, when in response to military strikes, death sentences were imposed. Two of these were executed on September 5th, 1917. These remained the only death sentences carried out in the navy throughout the entire war. But the memory of them is still fresh in mind. Sailors are concerned that after their insubordination in the face of a planned fleet advance, imprisoned mutineers may once again face the death penalty.

The Naval Remand Prison makes its appearance in 1902 as an annex to the Stadtkaserne (town barracks) that were completed in 1871 in what was then Königstraße (King’s Road). The main building is destroyed during the Second World War and demolished, but not the prison building. House number 60 is still in use today as a residential house. Of the extensive barracks complex along the old Königstraße, the first and second torpedo barracks still exist to this day along with the former naval prison. They are occupied by public authorities and private companies. 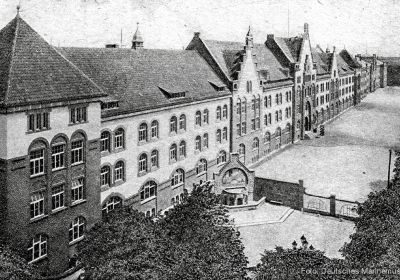 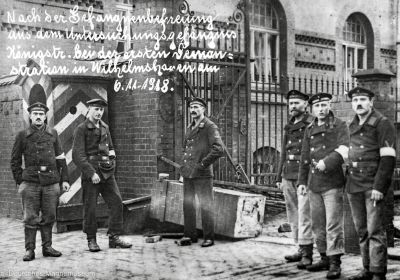 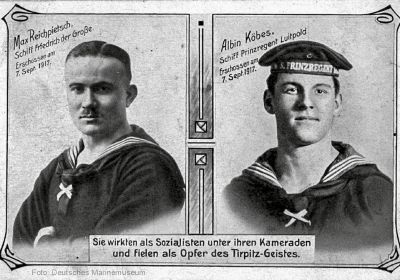